Tectitethya cryptais commonly referred to as Sea Sponge. Difficulty in the aquarium: There are no reports available yet that this animal has already been kept in captivity successfully. Toxicity: Toxic hazard unknown. 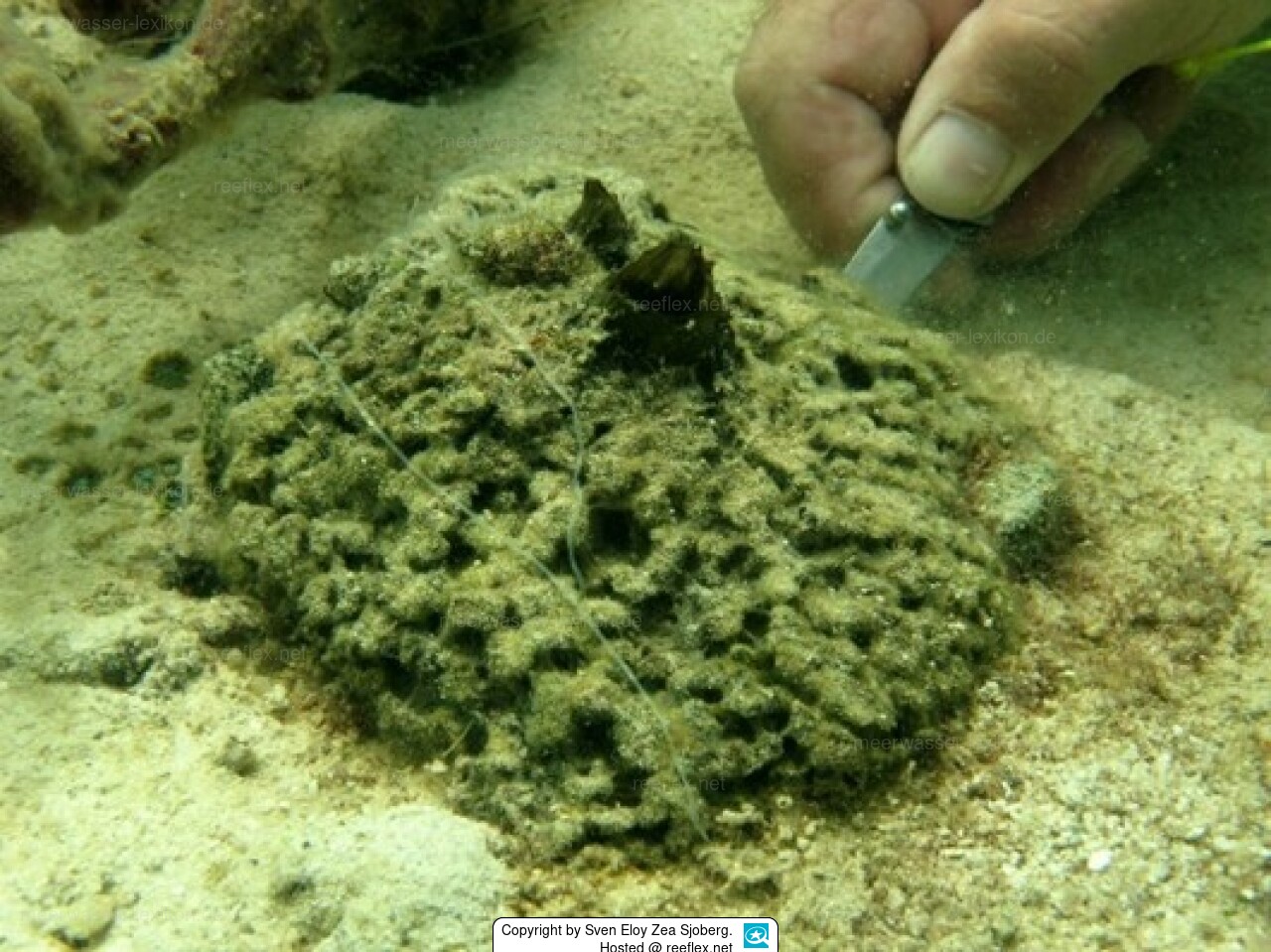 Tectitethya crypta (formerly known as Cryptotheca crypta) is a large shallow water sponge found in the Caribbean Sea.
It was first studied for medicinal purposes in the 1950s, when few scientists or doctors thought to look for substances in the sea for medicines.
But in the sponge, scientists isolated two chemicals called spongothymidine and spongouridine, which served as models for the development of a number of drugs against viruses and cancer.
These include the HIV drug AZT, a breakthrough in AIDS treatment in the late 1980s, antiviral drugs to treat herpes, and an agent to treat leukemia.
The latter was approved in 1969 and was the first marine drug approved for cancer treatment.
The approved active ingredient Vidarabine® was also originally derived from the marine sponge Tectitethya crypta.
The fish toxin Curianol is used in heart surgery, and the bioluminescence of the jellyfish Aequorea victoria is exploited by physicians worldwide as a so-called reporter gene.
Some 12,000 new biochemicals have been discovered in marine organisms, sponges, soft corals, mollusks, bacteria, and algae, and only a small fraction have been explored.

Description.
The sponge has a massive to lobate habit, and the overall size is 15 × 10 × 8 cm. The surface is irregular and covered with sand, the sand is also scattered inside the body.
The oscules are 1 - 2 cm in diameter and are covered with a delicate membrane. The consistency of the sponge is firm but easily compressible.

Color: Tectitethya crypta has an olive green to black color in life.

The species lives in sand and rubble in lagoons.

Overview:
The vast majority of sponges are heterotrophic filter feeders, meaning they take in food by filtering water into a cavity in their body and pulling out any organisms they can use for food. Sponges of the genus Cryptotethya crypta use their specialized cells to ingest this filter or suspension food.

The mechanism:
In order for the sponge to perform suspension feeding, it must use its specialized cell types together. It all starts with the choanocytes (or collar cells) using their beating flagella to create a flow of water from the outside of the organism through the porocytes (or ostium) into the inner atrium (or spongocoel). From there, very small organisms and other nutrients are taken up by either archeocytes or choanocytes, which in turn pass them on to the archeocytes for digestion (incidentally, choanocytes and spicules have also been observed to contribute to the digestion of filtered material). Since sponges do not have muscles, nervous systems, or circulatory systems, they rely on their archeocytes to transport nutrients throughout their bodies.
The filtered water is then released through the top of the sponge, the osculum.

Nutrition:
Sponges feed primarily on small particles that fit through their specialized porocytes. Anything that flows in, including organic and inorganic matter, is fair game for absorption and digestion by the choanocytes and archeocytes. Due to size limitations, sponges feed largely on small microorganisms including, but not limited to, algae and bacteria.
However, there are some carnivorous sponges that use their spines to capture and eat small crustaceans.