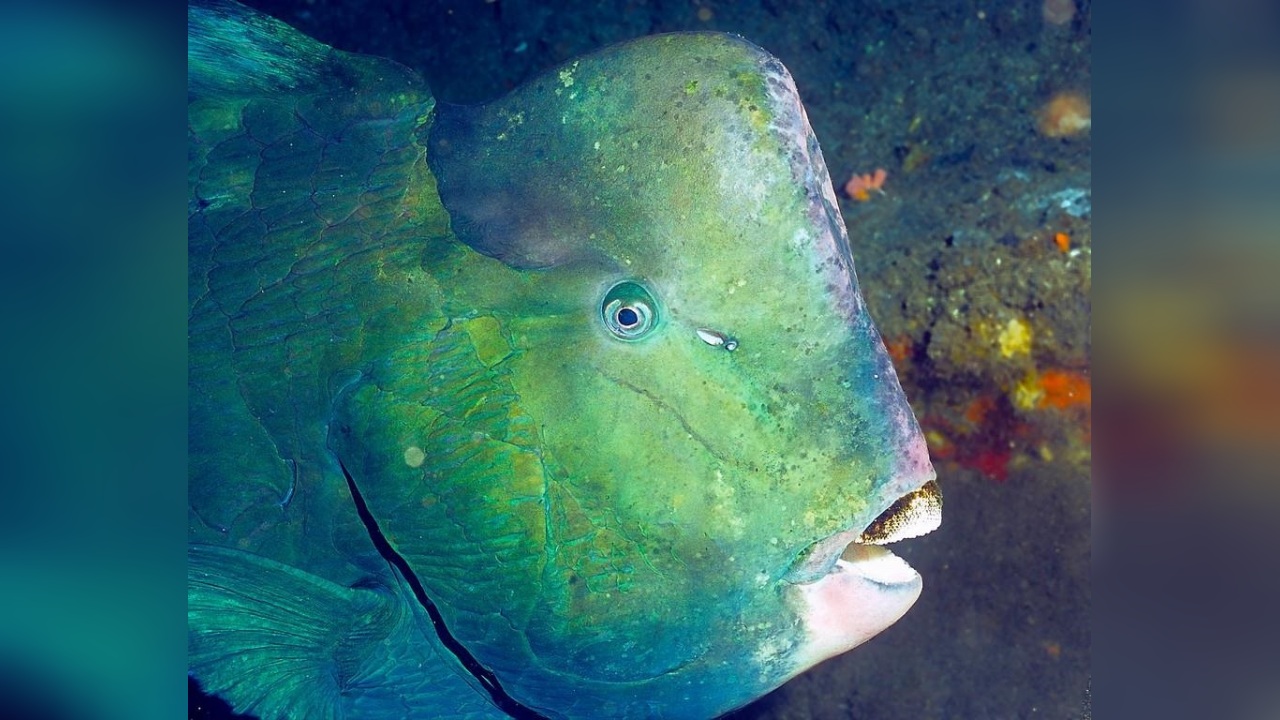 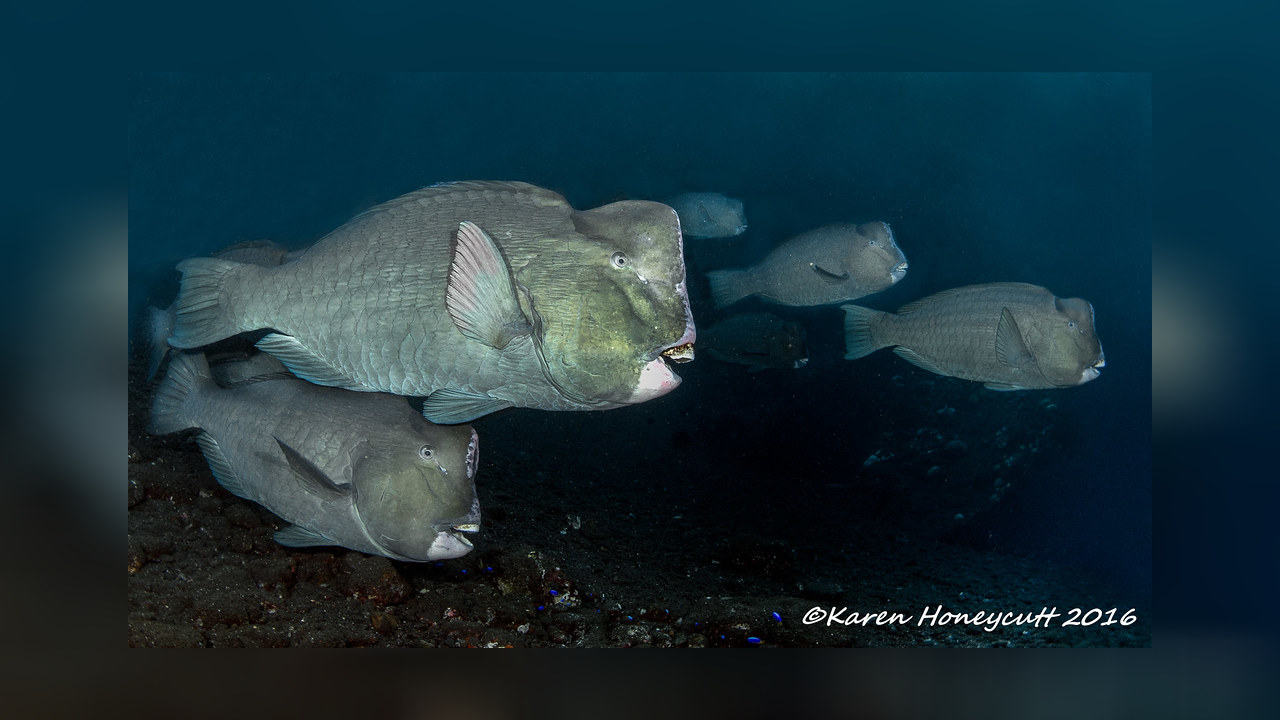 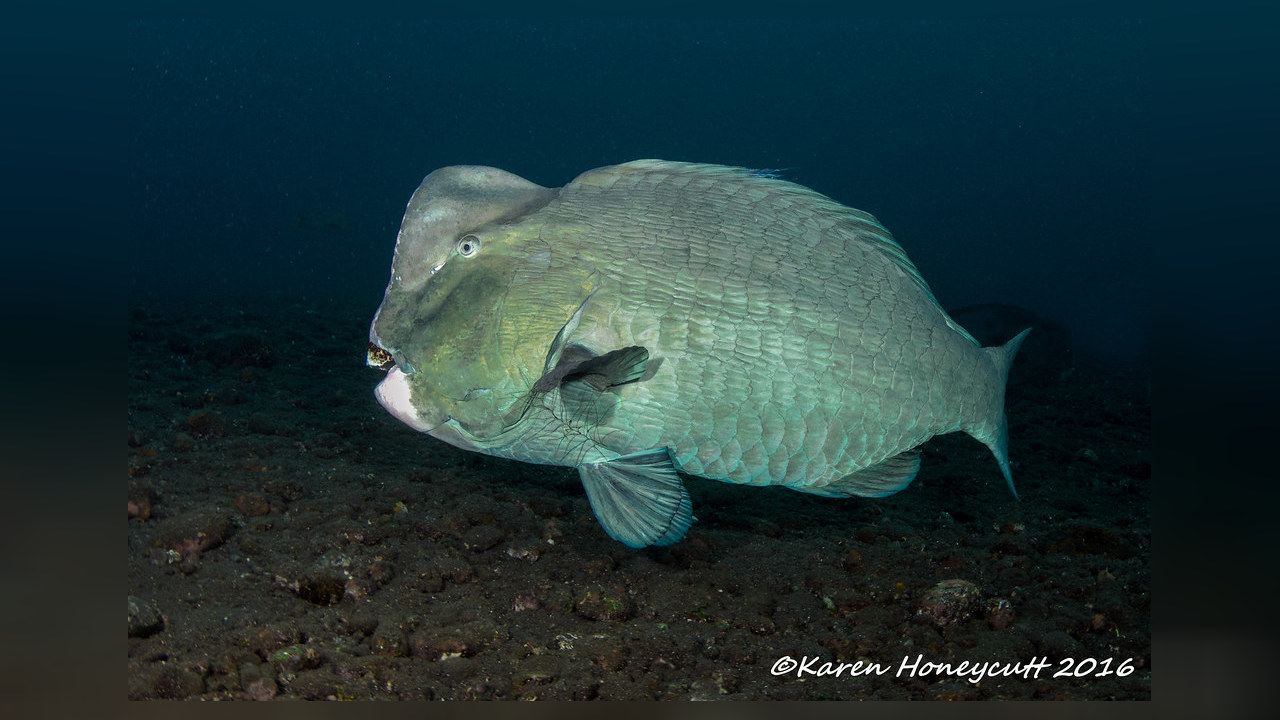 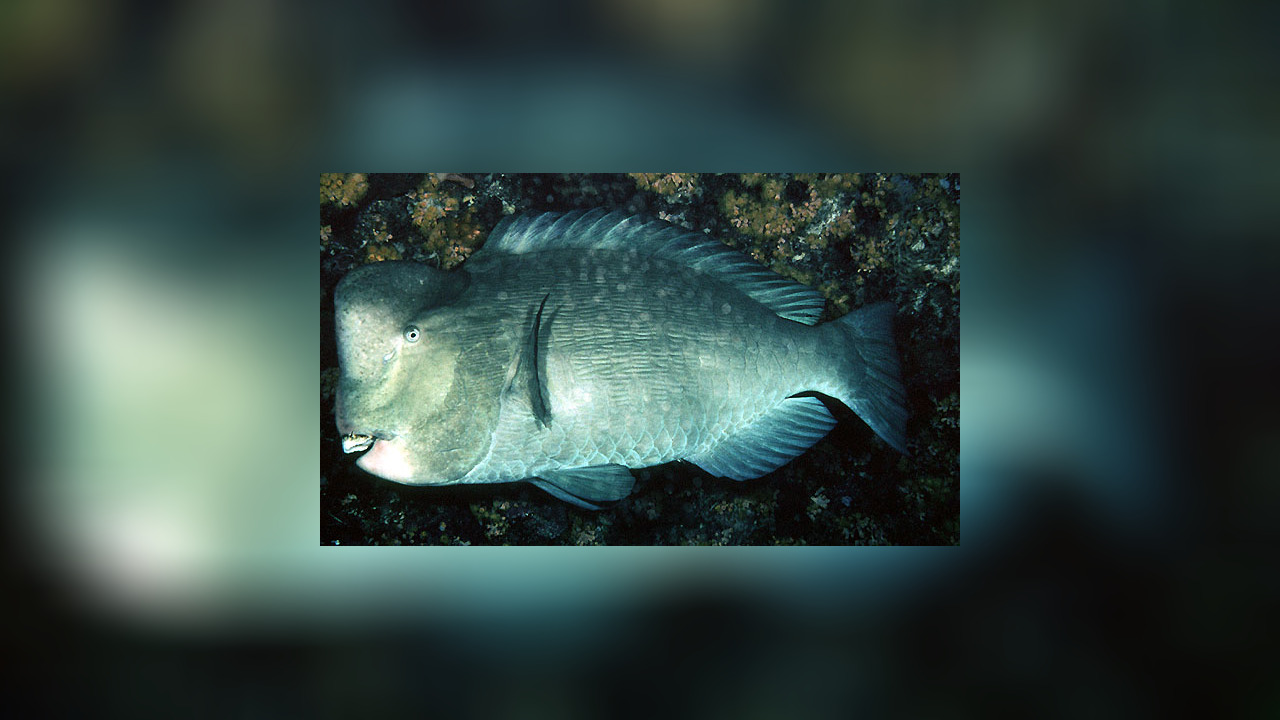 Bolbometopon muricatum, also known as Bumphead Parrotfish, Double-headed Parrotfish, Green Humphead Parrotfishand finally Humphead Parrotfish is relatively abundant in the Solomon Islands, Papua New Guinea, and a few other oceanic islands, and is common locally at Samoa, Sipidan Island (Malaysia), Wake Island, the Red Sea and New Caledonia. Choat and Randall (1986) described B. muricatum as widely distributed in West Indian and Pacific Oceans, and was most commonly observed on reef fronts, reef crests and flats. At other locations, it is now uncommon or rare, and is virtually extinct in Guam, Marshall Islands, parts of Fiji and East Africa, and is declining rapidly in Palau. This species is naturally rare in some parts of its range (e.g., Christmas Island, Amirantes and Farqhuar Atoll, Seychelles, and elsewhere in the Indian Ocean), a fact which cannot be attributed to over-fishing. B. muricatum was rare around most the US Pacific Islands and was seen typically only at 1 or 2 islands of a region (e.g., US Line Islands, US Phoenix Islands, Marianas Archipelago, or American Samoan Islands).