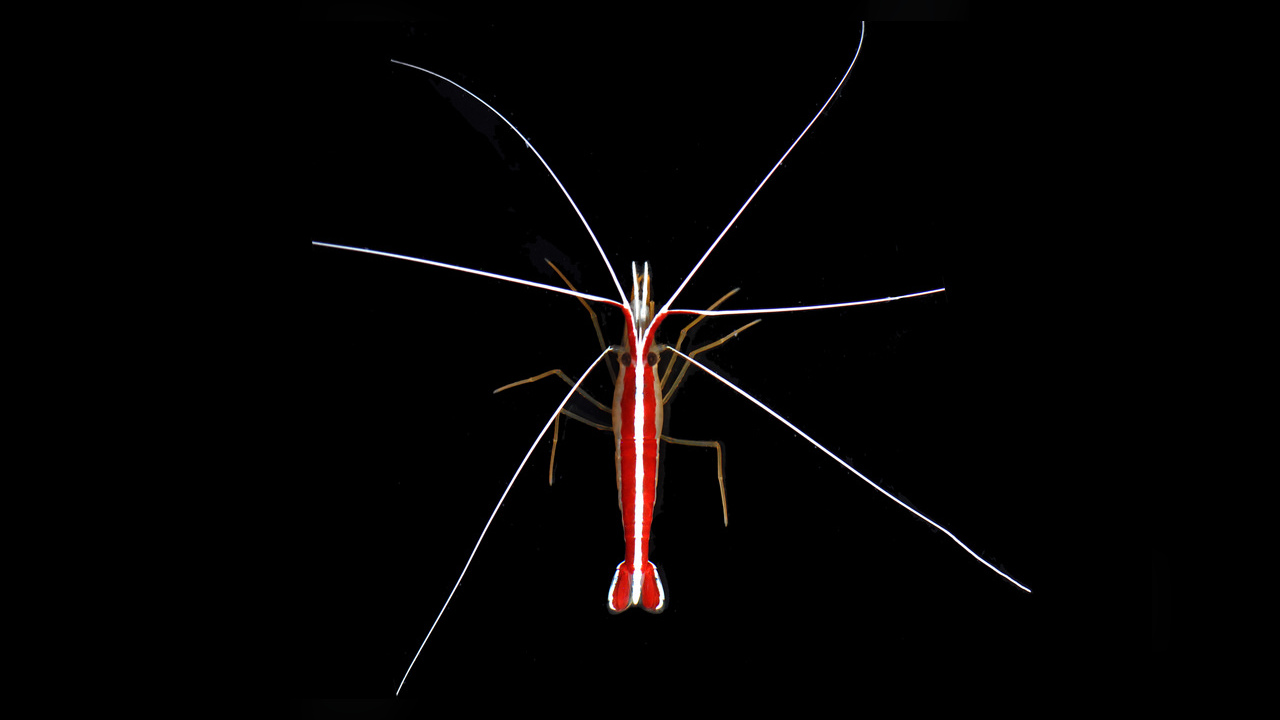 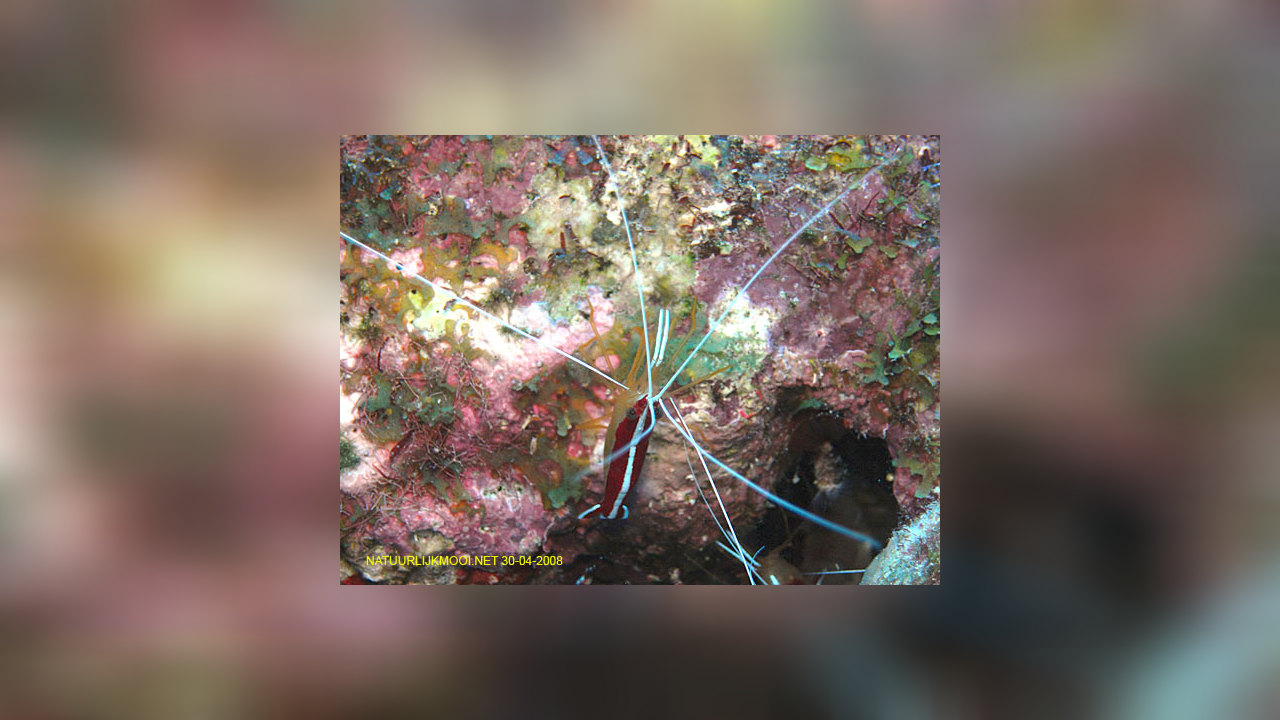 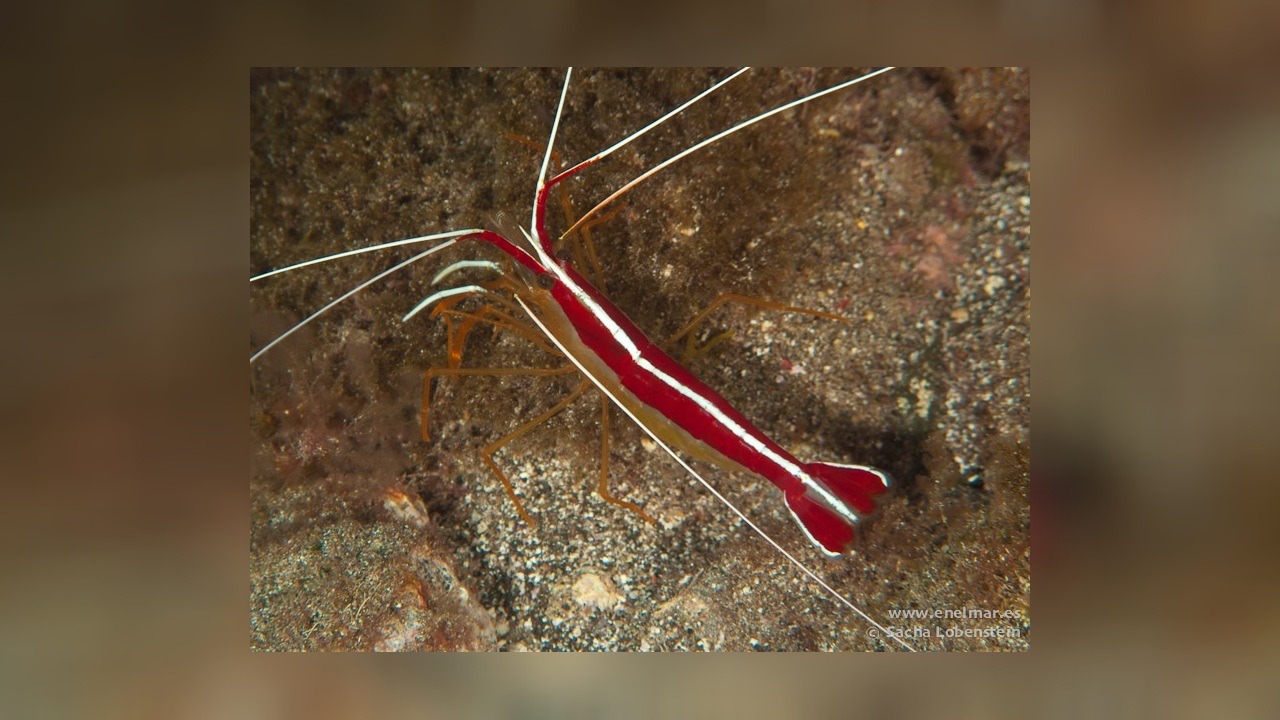 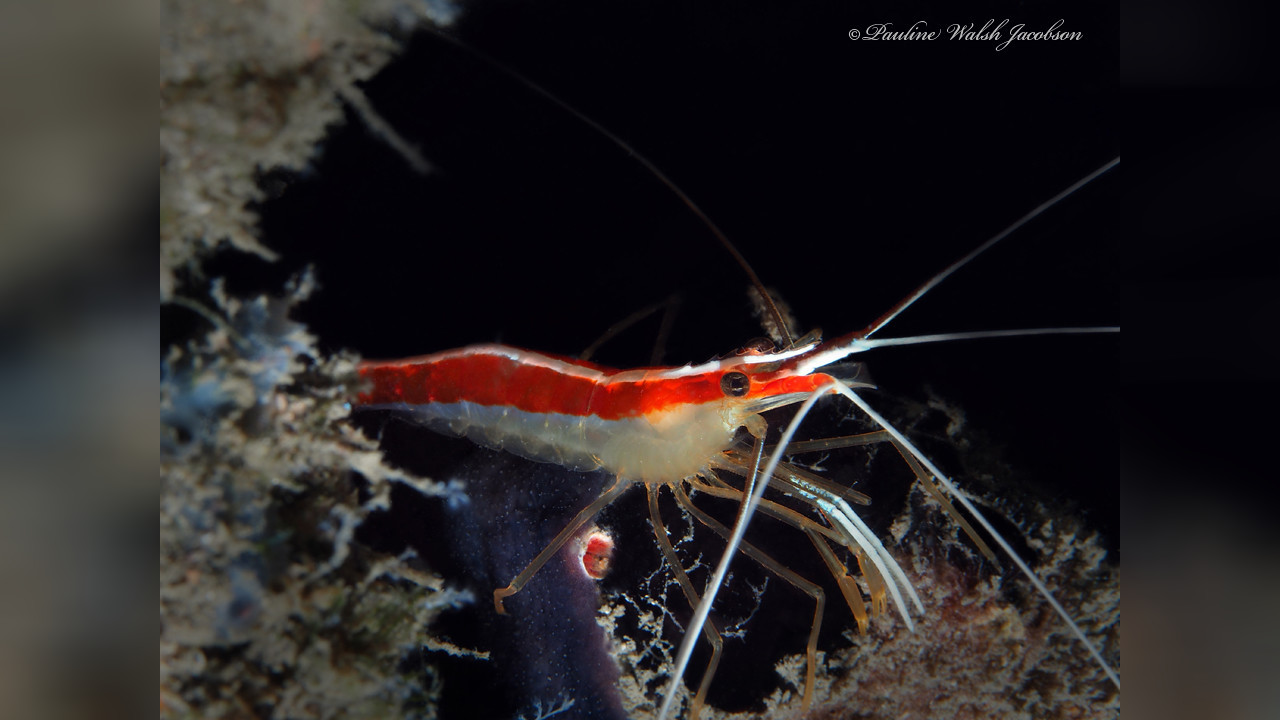 The image of this shrimp has been kindly provided by the well-known diver and marine photographer Sacha Lobenstein from Spain.

Generally the shrimps of the genus Lysmata:
These shrimps are hermaphrodites, meaning hybrids, because they have female ovaries and male testes tissue, but are not able to fertilize themselves.

Unlike Lysmata amboinensis - the famous Weißbandputzergarnele:
At first glance, the animals look almost identical, but the second view shows the difference:

Lysmata grabhami has a solid white stripe that runs from head to tail, and the tail has two white stripes on the tail side pockets.

Lysmata amboinensis also has a white stripe on the back,only this stretchesfrom the head to beginning of the tail, and left and right of the tail compartments each with 2 white dots.

Other distinguishing features are the areas of origin and the temperature acceptance.

The cleaner shrimp lives in the East Atlantic and West Atlantic, the Indo-Pacific and the Weißbandputzergarnele throughout the Red Sea.

Both species have recently received a visually very similar sister, it has several white spots on the tail and the tail fan.

1 husbandary tips from our users available
Show all