Leptogorgia enriciis commonly referred to as Gorgonian. Difficulty in the aquarium: There are no reports available yet that this animal has already been kept in captivity successfully. Toxicity: Toxic hazard unknown. 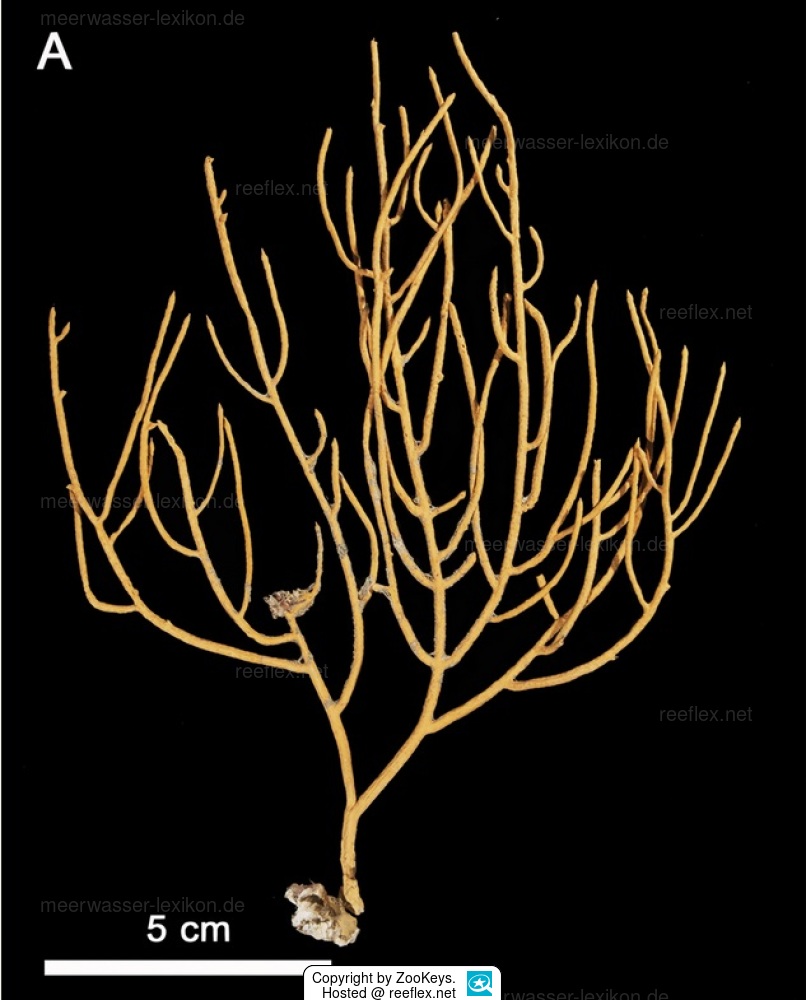 
Courtesy of the author ZooKeys

Leptogorgia enrici is endemic to the Gulf of California (Cortez Province according to the biogeographical regions of Brusca and Wallerstein 1979 and Hasting 2000).
The highest population densities of Leptogorgia enrici are concentrated in the northern Gulf of California (northern Cortez subprovince), which has the greatest seasonal change in sea surface temperature (15-30 °C) and is also associated with high marine productivity.
Here, the gorgonian Leptogorgia enrici inhabits substrates of rocky reefs or gravelly and conchoidal seabed habitats surrounded by sand, in shallow waters, but is most commonly found between 20-40 metres.
Leptogorgia enrici may also be common in deeper waters, but more precise data on these depths are not available.

Leptogorgia enrici was named in honour of Dr Enric Sala, a National Geographic Explorer-in-Residence who is actively involved in researching and sharing knowledge to protect the oceans. Enric Sala is a passionate enthusiast of marine life and conservation in Mexico's oceans, actively working to generate knowledge about marine biodiversity.
He founded and leads National Geographic's Pristine Seas Project, which has conducted 30 expeditions around the world and created 22 no-take large-scale protected areas (~5 million km2 fishery-free zones).

This is an open access article distributed under the terms of the Creative Commons Attribution License (CC BY 4.0), which permits unrestricted use, distribution, and reproduction in any medium, provided the original author and source are credited.